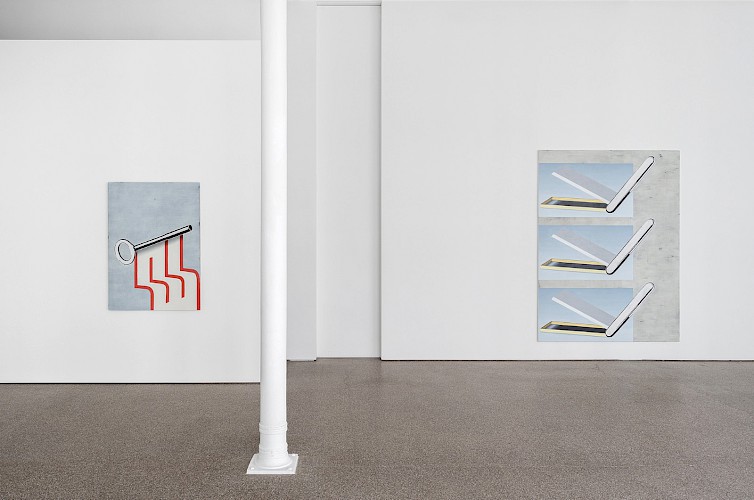 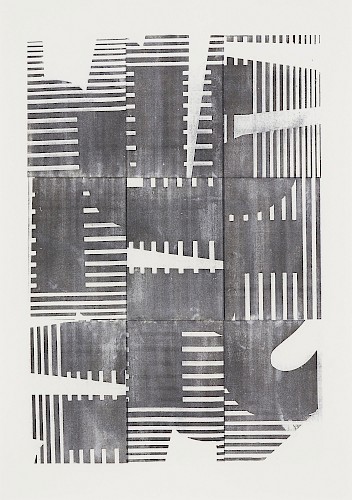 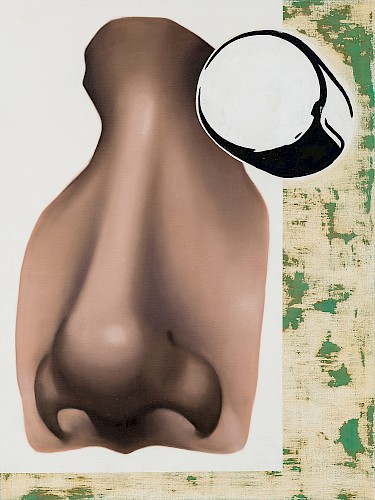 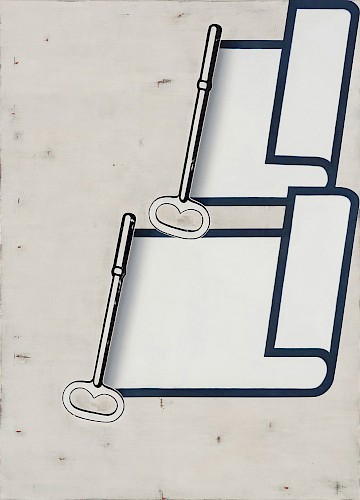 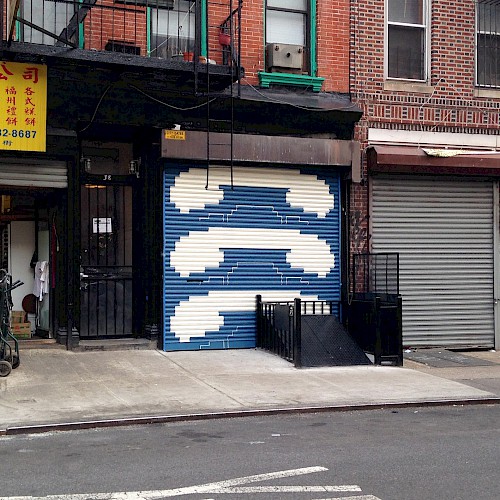 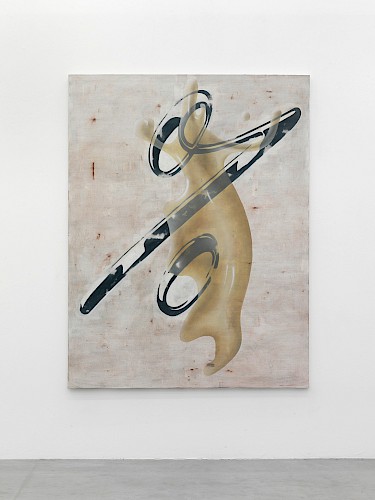 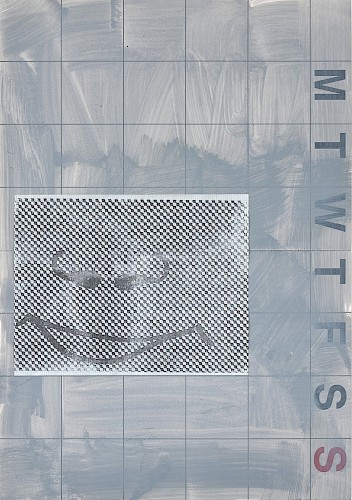 ‘Neukamp plays with communication and understanding, deliberately choosing symbols in print and type that for the last century have symbolized an absolutist conveyance of information. Equally at play in her work are ubiquitous symbols, like the on and off button symbol, that hover like shadows of the actual objects they represent (hardly existing in their original form any longer). Neukamp renders these very “black and white” signs and logos that once signified a kind of road-map to clarity ineffective by amputating, oversizing, or super-abstracting them or just turning them on their head. She uses a confidence in painting in combination with more mechanical forms of production and duplication, such as stenciling and playing with computer generated images, the diverse techniques underscoring her invitation to the viewer to contemplate shifts in meaning rather than nailing them down. The figurative associations, the meanings both historical and implied, don’t ask for definition, they ask you to completely recondition the means by which you seek definition. Her images are not a game of catch, but an invitation to contemplate, to return to the quickening (away from the confirmation, illusory or otherwise) that realization can bring.’
A Quickening: Paintings by Anne Neukamp, Johanna da Rocha Abreu, 2019.